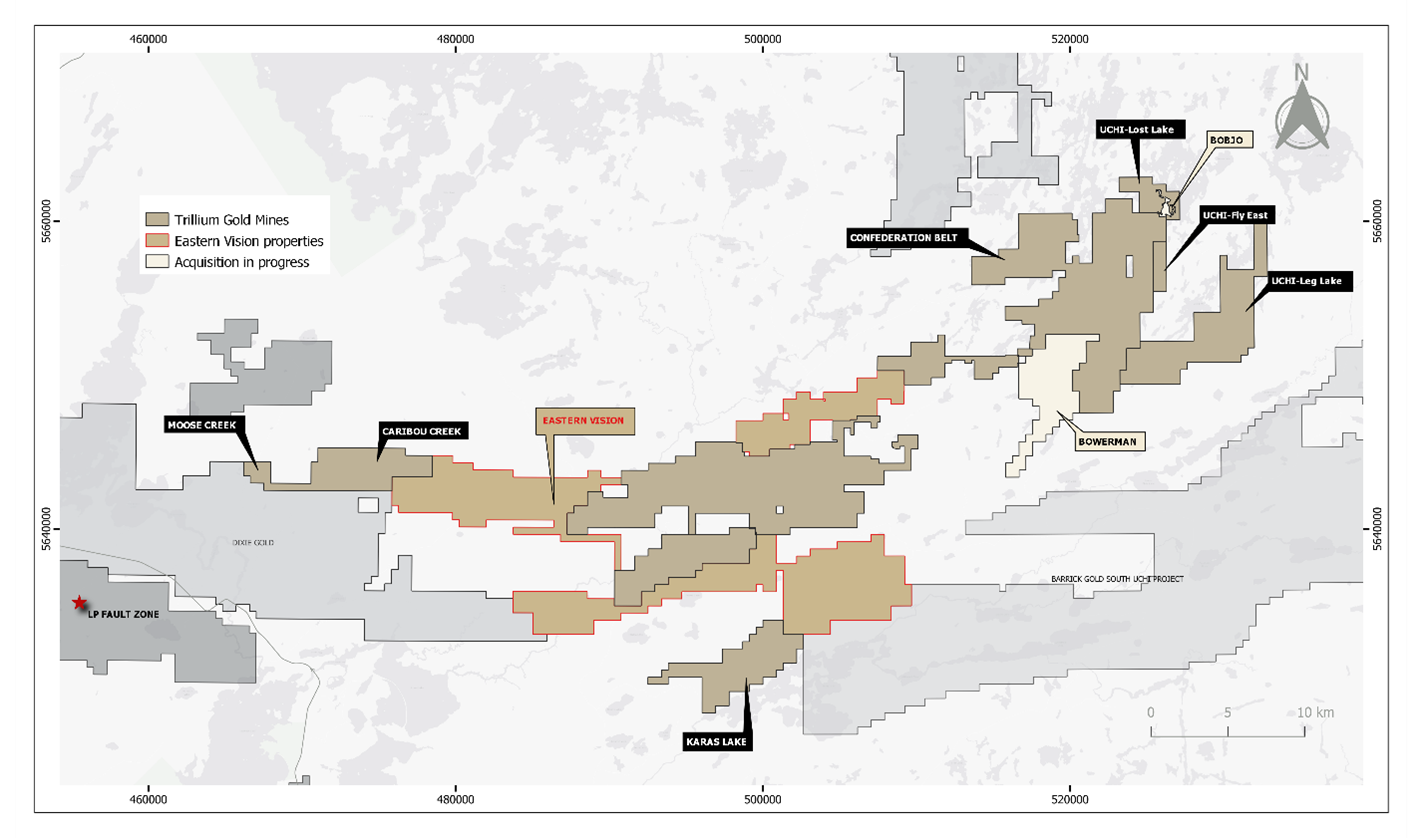 Trillium Gold Mines (TSXV:TGM) has announced that it has closed the previously announced acquisition of Imagine Lithium’s Eastern Vision property holdings in the Confederation Lake assemblage. The properties lie within the Birch-Uchi greenstone belt in the Red Lake Mining District where Kinross’ Dixie Deposit is located.

Some of the properties have been acquired directly and the company has assumed option agreements as optionee for others. Trillium Gold’s total land package covers 13,958 hectares between the Fredart, Confederation North and Confederation South properties. The company now has control over a significant portion of the Confederation Lake assemblage, creating a contiguous land package over greater than 100km of favourable structures on trend with Kinross Gold’s Dixie Deposit and Evolution Mining’s Red Lake Operation.

Concurrent with the closing, Trillium Gold paid $20,000 in cash to Pegasus Resources Inc. (“Pegasus”), together with 100,000 common shares in the capital of the Company, to earn into certain option agreements that Trillium has agreed to assume as optionee from Imagine Lithium. The cash consideration represented the remaining option payments under said option agreements, while the equity consideration purchased Pegasus’ carried interest in the relevant properties such that 100% of those properties are now held by Trillium Gold.

Pursuant to the remaining option agreements that it is assuming as optionee, Trillium Gold must pay a total of $186,000 in option payments over approximately two years in order to earn in to and exercise the options.

Also concurrent with the closing, Trillium Gold purchased a 2.0% NSR royalty on the Fredart property from prospector Perry English in consideration for the issuance of 60,000 common shares in the capital of the Company and $50,000 in cash.