Solaris Resources (TSX:SLS) has reported new assay results from ongoing resource growth and discovery drilling at its flagship Warintza Project in Ecuador this morning. Warintza has now been extended, and now overlaps the Warintza East discovery.

Vice President of Exploration for Solaris Resource commented in a press release: “We are very proud to continue the great work of the late David Lowell with our first two holes confirming Warintza East as the third major copper porphyry discovery within the 7km x 5km Warintza porphyry cluster. Our drilling fleet has now been fully reoriented to pursue an aggressive growth strategy via step-out and extensional drilling as we prepare to test our next targets for further discoveries.”

Highlights are listed below, with corresponding images in Figures 1-3 and detailed results in Tables 1-2. A dynamic 3D model is available on the Company’s website and will be updated to incorporate the most recent results. 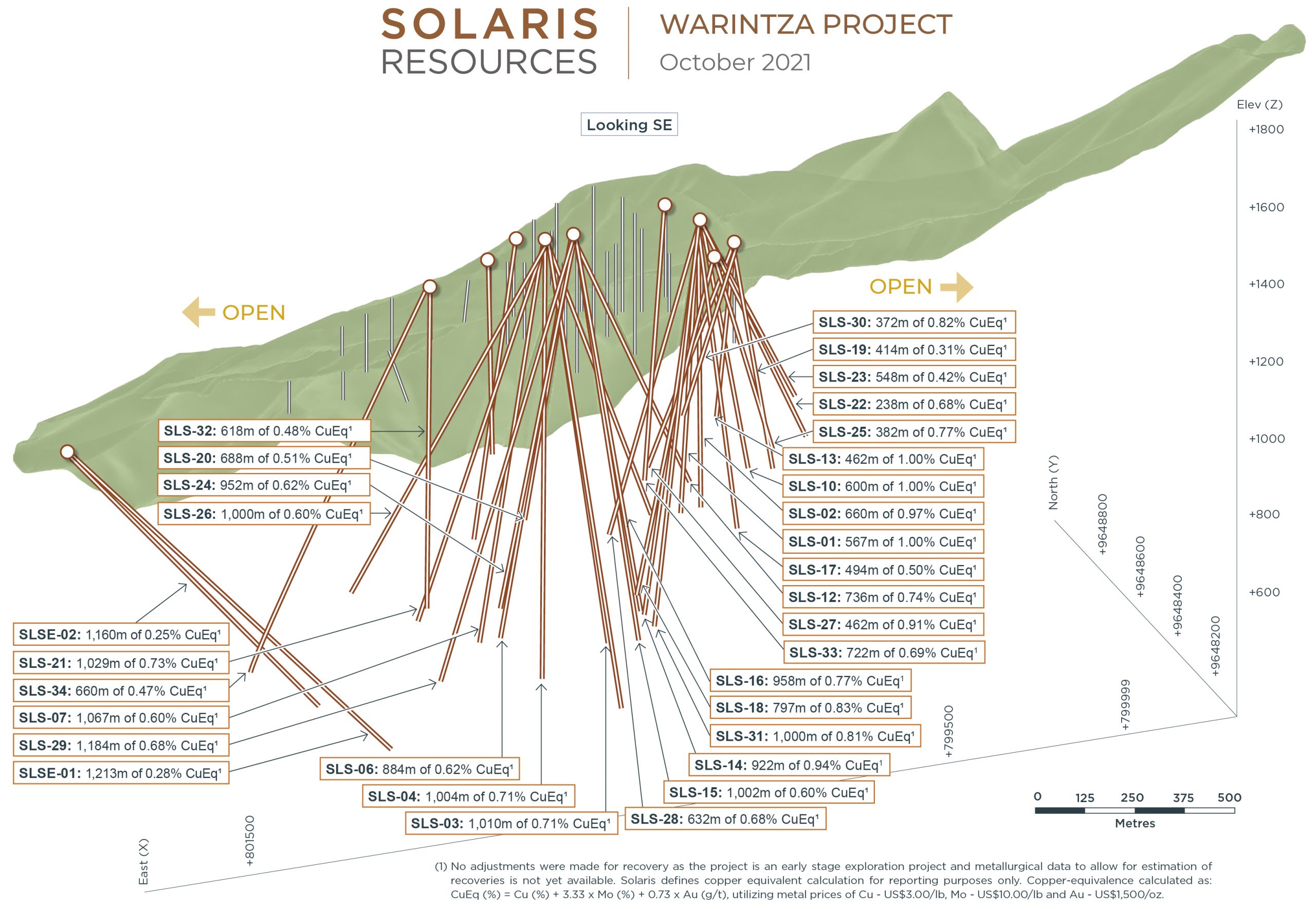