The Copper Boom Has Only Just Begun - MiningFeeds 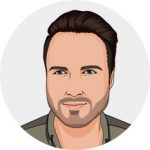 The Copper Boom Has Only Just Begun

The coming supercycle means getting in on this junior miner now is like being a founding investor in Google, Apple, or Amazon.

The Top 10 Reasons To Invest in Solaris Resources (SLSSF)

Why Solaris Resources Deserves to Be In Your 2021 Portfolio

A Team of Experts and Industry Veterans is at the Helm, Steering Solaris Straight Toward a Future of Limitless Potential and Success 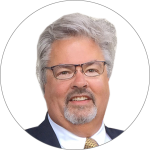 Richard Warke is a Vancouver-based Canadian billionaire business executive with more than 35 years of experience in the international resource sector. Warke owns 100s of millions of dollars in Solaris stock and just recently added $57.5M in shares at $8.25 demonstrating his confidence.

In 2005, Mr. Warke founded the Augusta Group of Companies which has an unrivaled track record of value creation in the mining sector. Currently, Augusta Group comprises private businesses and public companies that currently includes Titan Mining Corporation, Augusta Gold Corp., and Solaris Resources (OTCMKTS: SLSSF) which is advancing a portfolio of copper and gold assets in the Americas, including a high-grade, world-class resource at its copper and gold project Warintza in Ecuador. 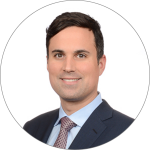 Daniel Earle has over 17 years of experience in the mining sector and capital markets, covering projects ranging from early-stage exploration through feasibility and engineering to production. Mr. Earle is currently the President and CEO of Solaris Resources and also serves on its Board of Directors.

Before joining Solaris in November 2019, he was a Vice President and Director at TD Securities where he covered the mining sector for over 12 years and established himself as a thought leader in the space. Prior to joining TD Securities in 2007, Mr. Earle was a senior executive with several Canadian and U.S. public mineral exploration and mining companies.

Mr. Earle sits on the Board of Directors of Augusta Gold Corp. 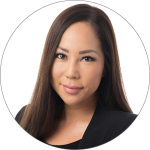 Linda Chang has over 15 years of financial professional experience and joined Solaris in November 2019. Ms. Chang is the Chief Financial Officer for Armor Minerals Inc. since her appointment in October 2015. Ms. Chang has previously worked with the Augusta Group since June 2010 where she served as Corporate Controller for Arizona Mining and Director of Finance for Titan Mining.

The People Behind Solaris Have Multiple Proven Returns

Solaris Resources comes from a long line of incredible successes by the Augusta Group as evidenced by the returns for both their companies’ stocks and their buyout successes:

After listing as a spin-out of Equinox Gold, Solaris’ mission began to explore and develop the Warintza Project in Ecuador. Once results started to come in, a pattern began to emerge:

Corporate and insider ownership now accounts for almost 70% of its share structure, giving shareholders and future investors confidence that the people running the show have solid plans for the present and future of the company. Recent insider buying and the high insider ownership have resulted in the current tight float.

SINCE BECOMING A PUBLIC COMPANY JUST 8 MONTHS AGO, SOLARIS STOCK HAS GAINED OVER 1,000%. INSIDER BUYING, AS WELL AS PUBLIC MARKET TRANSACTIONS, SHOW THAT THE COMPANY HAS HIT THE GROUND SPRINTING.

This Is Just The Tip Of The Iceberg

Investors looking for maximum potential in this sector need to be looking in the direction of Solaris Resources (OTCMKTS: SLSSF). This copper miner, in discovery phases at its Warintza Project in Ecuador, is in the middle of large-scale, high-yield discoveries at a mine that promises huge rewards.

In our view, Warintza Central continues to demonstrate the potential to become a large, high-grade open-pit copper porphyry deposit, at a time when the global diversified mining houses (BHP and Rio Tinto) have all indicated that new copper discoveries are required to meet the upcoming estimated supply gap.
– Arun Lamba, TD Securities, Feb 17, 2021

Copper analysts are forecasting sky-high enthusiasm for copper that will serve as the foundation for a decades-long run, sustaining high prices and high demand throughout the 21st century.

The electric vehicle revolution has been a long time coming, but there is no doubt it is in full swing now. Elon Musk’s Tesla kicked us off with the Model S and now the more affordable Model 3, and established automakers have finally joined the party.

The demand from their high-tech cars powered by batteries that require high-demand metals like copper is driving massive increases in production around the world, and Musk himself has even called for clean miners to bring him supplies for the coming decades.

The de-carbonization of everything from transportation to manufacturing gives the miners producing the metals necessary to power this green revolution the ultimate advantage.

Solaris Resources is on the verge of discoveries that should place the Warintza Project at the center of attention for investors wanting to profit from this revolution. Their commitment to environmental standards and ethical mining is also perfectly in line with the de-carbonization of the industry.

Soaring prices show no sign of abating as a result of unprecedented demand for copper in the global market.

We see a significant deficit, possibly in the region of 10 million tonnes of additional copper is required to balance the market by 2030
– Jeremy Weir, CEO – Trafigura, March 12, 2021

Solaris is ready to capitalize on that demand by exploring and ultimately discovering some of the largest copper deposits in the world. At a site where many have tried but failed, Solaris Resources (OTCMKTS: SLSSF) is finally ready to realize the gains of years of legwork.

The company’s flagship Waritnza Project is advancing rapidly, and the story is pretty incredible:

We believe development of Warintza as a potentially large-scale, open-pit operation positions SLS ideally in the context of our forecasted startup in late-2026, and the backdrop of increasing copper market deficits beginning in 2023. We forecast relatively balanced copper markets during 2020-2022, as the post-COVID-19 demand recovery is largely offset by slower-to-recover ex-China demand and mine production recovery and growth; however, looking ahead into 2023, we forecast a copper market deficit of 95Kt driven by demand growth of 2.1% comprised of China growth of 2.5% and ex-China growth of 1.6%. We further estimate at 2024 and 2025, copper market deficits of 320Kt and 234Kt, respectively, which reinforces our LT copper price of $3.50/lb.
– Ralph Profiti – Eight Capital, Feb 26, 2021

THE COPPER SECTOR IS ALL SET TO BE THE HOTTEST AND MOST PROFITABLE IN 2021, AND IT’S JUST THE BEGINNING. SOLARIS RESOURCES IS THE FIRST STOP ON A DECADES-LONG TRIP UP TO GARGANTUAN PROFITS.

The future of copper is so bright there is no way to know how high it can go. As the price continues to multiply many times over, Solaris Resources stock will follow suit. Anyone getting in now should see their portfolio grow exponentially in the coming years and decades.

With huge buyout potential and the Augusta Group’s track record, the billions in potential coming down the pipeline have investors chomping at the bit to own as much of the stock as possible.

China has a five-year plan, Europe has a Green Deal, and the US has an economic stimulus plan that puts all the rest to shame. All that money going into infrastructure and new projects means more growth and employment.

We have increased our copper price deck to reflect a much stronger start to 2021 than what we had expected. The sharp rally in base-metal prices as a whole has been driven, in our view, by investors chasing reflation, inflation-hedging, energy transition, and super-cycle narratives. We have raised our copper price forecast over the next several years — we have increased our 2021 price forecast to US$3.76/lb (from US$3.50/lb) and our 2022 price forecast to US$3.50/lb (from US$3.35/lb). We have also increased our long-term copper price forecast (starting in 2025) to US$3.25/lb from US$3.15/lb. We continue to believe that the pipeline of greenfield development projects is very shallow and stocked with projects that face permitting, social, and technical risks. Versus 10 years ago, the project pipeline contains 50% less potential new production capacity, highlighting the challenge facing copper supply beyond 2025.
– TD Equity Research Industry Note, March 24, 2021

The large amount of iron ore, copper, cobalt, and lithium needed are pushing prices and demand along swifter than ever before. Solaris Resources (OTCMKTS: SLSSF) is in the perfect position to capitalize on this revolution.

The Proof Is in The Pudding

Mining industry experts, company insiders, and investors who know what’s coming are already there holding the shares that will pad their portfolios for years to come. If you would like more information on the company and its projects, take a look here.

The company is ready for anything and everything and stays current on news and press releases. Investors that want a real-time feed of ongoing work and developments should stay tuned to the Solaris Resources Press Releases and Twitter account to make sure they don’t miss a beat.