With the February Presidential election looming in Ecuador, investors can be forgiven if a bit on edge. Changes in government, particularly in smaller, less developed countries, are often accompanied by shifts in policy, a period of instability, social reforms and even upheaval, and a myriad of other elements that can impact the fortunes of industries. This is certainly true of foreign enterprises doing business in Ecuador, and mining is no exception. But unlike some of the country’s previous turbulence following changes in leadership, this election gives every indication of having a positive outcome relevant to Canadian miners in Ecuador no matter the winner.

Ecuador has a wealth of natural resources and unparalleled biodiversity. It is one of only 17 countries in the world identified as megadiverse, meaning a superabundance of endemic species of plants and animals. Oil has been a significant resource for the country’s economy accounting for 40% of exports. It is South America’s second largest oil exporter. But today, mining is increasingly recognized as the way to diversify Ecuador’s resources income. Canada is a major player in this industry with a dozen mining companies currently working on 40 projects. Solaris Resources has its attention focused on the Warintza project, a copper-gold undertaking in the southeastern part of the country, an area mineral-rich but undeveloped.

Investor pre-election trepidation can be appreciated in light of Ecuador’s mercurial political climate. Rafael Correa, the man to hold the presidency (2007-2017) prior to the current Latín Moreno, was the first president to be re-elected since the end of military rule in 1982. And since 1996, he has been the only president permitted to complete his period of office. What is constant about Ecuadorian politics is change. Investors want a stable and favorable government, and with respect at least to the mining industry, this election could not be better.

It was on Correa’s watch in 2014 that the mining industry was opened. While a socialist, he is also an economist and pragmatic; he recognized the significance of tapping the country’s rich metal and mineral resources. While he is not permitted to run for a third term, he is a major force in this election. We will examine his influence in a moment.

Correa was constitutionally limited to two terms and, to his later dismay, backed the current Latín Moreno. Moreno made many promises, basically saying he would continue in the manner of Correa, who left office with a 60% approval rating. This sat well with voters as Correa had reduced poverty by nearly half and substantially increased investment in education and healthcare. But Moreno had his own ideas and did an about-face on nearly every campaign pledge. In 2019 he borrowed $10 billion dollars from the IMF and other lenders, who then insisted on cuts in education and healthcare (this just a year before the COVID crisis), reversing Correa’s achievements. The country is now in a debt-triggered economic crisis made all the worse by the pandemic.

For all this, Moreno is now out of the running, his approval rating in December only 16%. He wields power until the handoff, of course, and has succeeded in preventing Correa from running for vice-president, but recognizing his chances for another term are infinitesimal, he is not standing for re-election. The race essentially comes down to two men with a distant third at times polling in the single digits. Either man would be a win for Ecuadorean mining.

Guillermo Lasso of the CREO-PSC coalition is second in the polls. He is an extraordinarily successful businessman of 65, having been head of operations for Coca Cola Ecuador in the 1990s. He has been a member and Chairman of boards of major Ecuadorean companies, the CEO of Banco Guayaquil and the governor of Guayas Province. In the 2013 presidential election he ran against Correa, who won his second term. He ran again in 2017, but Moreno took it with a highly contested result.

Although sometimes referring to himself as “made liberal by life”, Lasso is seen as conservative and on record as wanting to reduce taxes and state debt. He is also known to strongly favor mining, seeing it as a way to lure foreign investment, grow the economy and help the country claw its way out of the current economic crisis. While he has pledged to protect the Yasuni Amazon reserve from oil exploitation, he is committed to developing Ecuador’s mining industry in “an environmentally and socially responsible manner.” A win for Lasso would be a win for that industry. He is currently running second in the polls with percentages in the twenties.

The current frontrunner is Andrés Arauz, a 35-year-old economist and confirmed correísta, a supporter of Rafael Correa’s political agenda. Hand-picked by Correa as the representative of the Union for Hope (UNES) party, the centre-left candidate is committed to undoing Moreno’s betrayals to Correa’s “Citizen’s Revolution”, such as renegotiating the enormous state debts, undoing privatizations, reducing capital flight and improving healthcare and education. All this and more has Arauz high in the polls, at times breaking 40%. This number is significant as presidential candidates who win with 40% and a 10% lead ahead of their nearest opponent do not have to go to a runoff election. If there is a runoff, it still bodes well for the industry, because a mining-friendly government will still take office, just a little later with a runoff.

Both men are seen favorably as keepers of Ecuador’s rich natural resources as well as protectors of its indigenous peoples. Unlike the ecological calamities of the past – the Texaco-Chevron catastrophe from the 1960s being the most infamous example – resulting from little or no state oversight, today no one, ambitious politicians included, wants bad press. Between the David Attenboroughs, satellites and other advanced monitoring technologies, all eyes are on the environment. Arauz and Lasso know this. The former as an ambitious young economist and the latter as a seasoned man of finance and industry will promote and encourage the responsible exploration and harvesting of Ecuador’s vast untapped metal and mineral resources.

And these characteristics and circumstances are not lost on industry chiefs. Daniel Earle, President and CEO of Solaris Resources says, “We are delighted to see strong support for candidates that recognize that the mining sector has a critical role to play in Ecuador’s future, in growing the economy, employment and tax bases through responsible mineral development, particularly in rural and remote parts of the country that historically have lacked opportunity. Likewise, Ecuador has a critical role to play in supplying the ongoing global energy transition to electrification in which copper is both indispensable and increasingly scarce.” 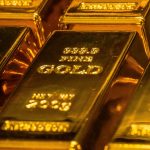 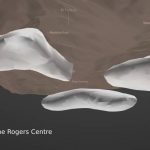 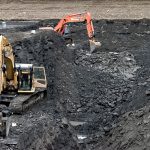 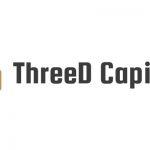